This morning I woke up around 6am here and couldn’t get back to sleep. I had set my alarm for 8am, so I just stayed awake. My Aunt stayed over last night, so this morning made Dwaengang jiggae, an egg broth dish with onion, and we had kimchee, rice, and other dishes for breakfast.

Afterwards we all kind of went back to sleep -haha

I spoke to another cousin on the phone today. Her English is quite good . . . she was saying that she wanted to meet me but was going to China for work, but I think she will be back before I leave, so we hope to meet before I do. When my cousin and my Omma were talking, she said that my mom is worried I’m not eating enough so that was translated to me. They keep feeding me a lot of fruit and food through out the day, but then are worried I don’t like the food. I really do though and say so ~ it’s funny also if you say you aren’t hungry, it just means they offer you something else to eat -lol There is also a lot at each meal to eat. 맜있어요! 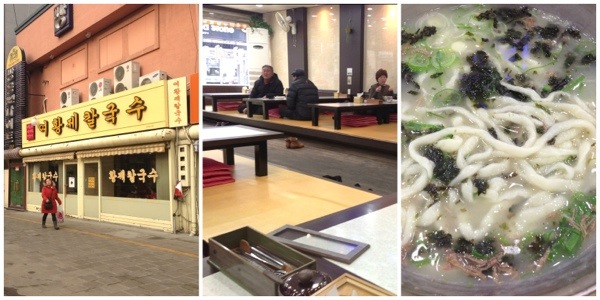 After a while, around 2pm we left to drop my sister off for her to get her hair done, and they had to stop in at a pharmacy. Then my mom, aunt, and I went to a noodle place called 황제탈국수. It was lightly snowing when we went out, but not enough to stick. It was one of those places where the tables were on the raised platform, you leave your shoes on the floor path and sit on the platform with the table to eat. I think they only had one kind of noodle soup with “home made” noodles. Not a spicy dish but still yummy though they give you so much food. 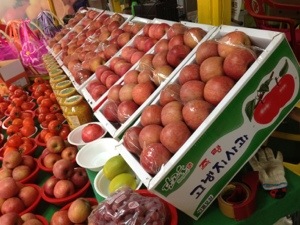 We stopped off at a fruit shop near the restaurant to get some apples, grapes, and some other fruit.

Omma dropped me off at my Aunt’s house so she could work from 4-8.

I started watching some TV, but started falling asleep so she said to take a nap on my cousin’s bed (not the one I spoke to on the phone this morning). I basically slept the whole time -yay jetlag. 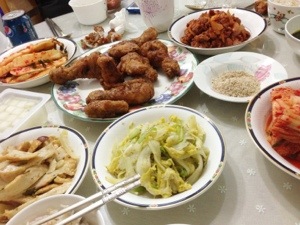 Around 8:30 when my mom got back, my Aunt had made dinner, some 돼지고기, kimchee, and they had ordered some chicken that was all delicious.

We left my Aunt’s house around 10:30 to go to Omma’s house. MinJee painted her nails with one of the nail polishes I had gotten her for her birthday and we watched TV, and I blogged. 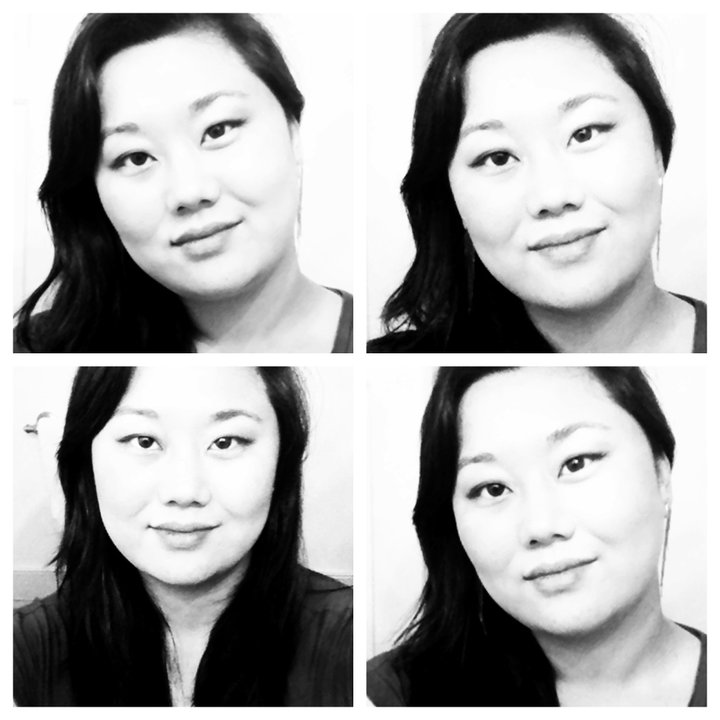