Gary, Gus, and I went to Pilot Mountain for the weekend. Left Friday afternoon and came back Sunday. Set up camp Friday and hung out a bit. For dinner we made corn over the fire with the husks, a Mountain House Turkey Tetrazzini and maybe some fruit? and I think we might have gone to bed early-ish for a 6am wake-up to start hiking the next morning. 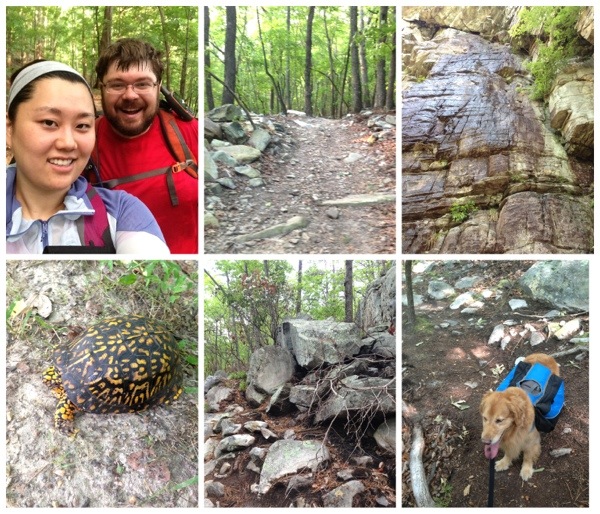 We got up, early Saturday, and started on our hike. I wasn’t expecting so much up hill. I mean I knew we were on a mountain, but I was expecting sections of up hill and then flat areas, but there were some really long sections of continuous up hill, and the trails were very rock-ey.

At the top of the mountain there were stairs. LOTS and LOTS of stairs. Steep, many, and by the time we got to them, it was nice and hot out.

The trail was longer than we were both expecting, and we were all exhausted towards the end, but the view from up top was pretty.

Back and camp, we rested, showered, and took a short nap before cooking dinner and then going to bed early-ish again.

On Sunday, we did two shorter trails, maybe 2 miles. Since these were already at the top of the mountain, we had more stairs but it wasn’t AS bad since they Were shorter trails. 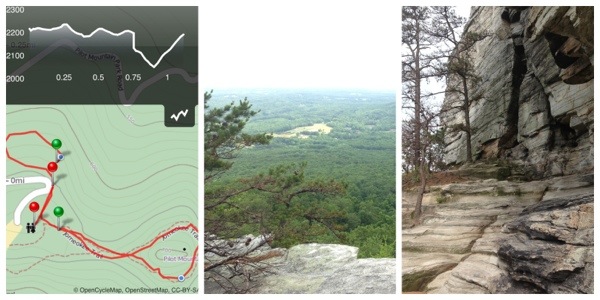