I suppose it was last week when I was poking around Amazon.com finding a bunch of things I want – when I randomly found a Boston Red Sox Mr. Potato Head that I just had to get for Gary! He is a big fan – and now I am a fan by marriage -haha anyway, it just came yesterday.

There are other team Mr. Potato heads if you prefer another team (they are called sports spuds). It’s not the same size as a traditional Mr. Potato Head, I would say about half the size, but that’s what makes him Super Cute! 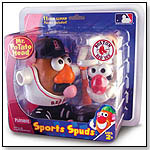 here in the box with all the pieces – arms, faces, and two hats (pitcher and batter) 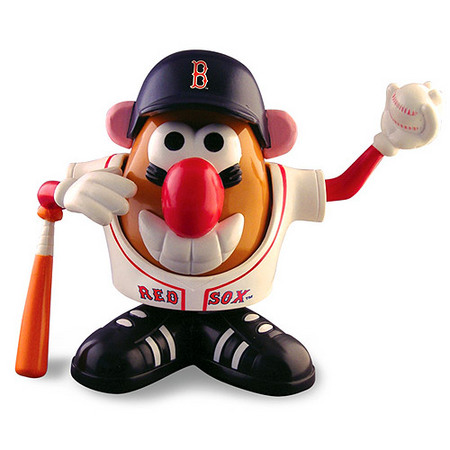