My friend Adrienne actually sent me this article and we are both very excited!  She was also the one that got me interested in Polaroid a few years ago.  I didn’t know about the older models such as the 680’s, and the SX-70’s

I did want the Polaroid that took sticker pictures, but by the time I was able to get one, they had discontinued that product.

There was news that Polaroid was going to stop making their instant film in December 2008, but there were a lot of websites and groups that popped up such as http://www.savepolaroid.com/

My favourite line of the article is:
“The project is more than a business plan; it’s a fight against the idea that everything has to die when it doesn’t create turnover,” said Mr Kaps. 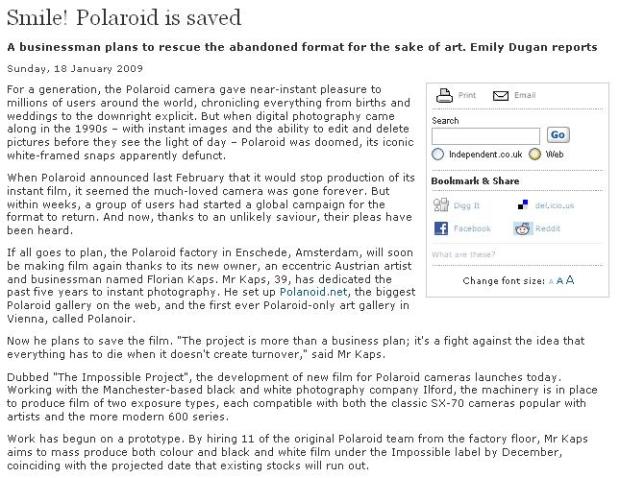 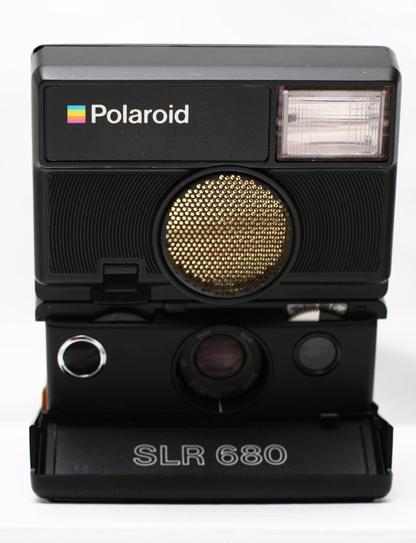