Sean Astin, actor, most widely known as Samwise Gamgee in Lord of the Rings, Mikey Walsh in the Goonies, and other movies (check out his IMDB page), director, writer, and Hillary Clinton endorser was in North Carolina the other day speaking about Hillary’s ideas and visions if she were to be elected as president and why he stands behind her beliefs. 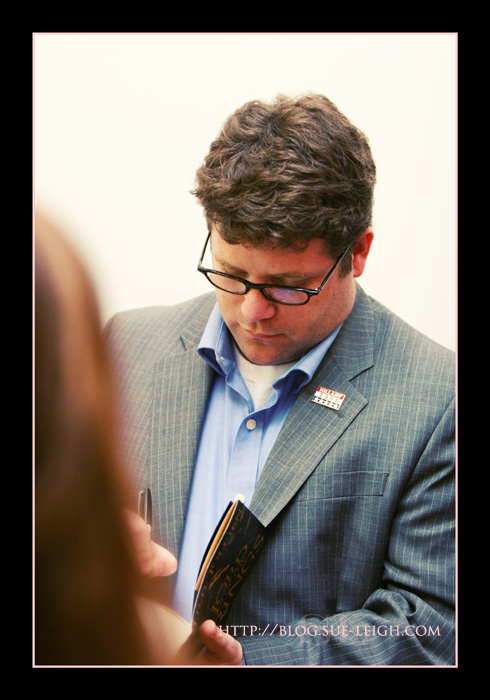 Though I did get his signature on a Hillary Clinton poster:

and thanks to AJ who took this picture of Sean and I: 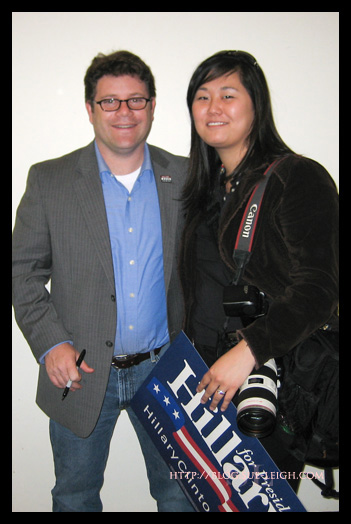